Providing a perspective for laughing and football-loving children was our goal in 2014 when we founded a street football team in Gongo La Mboto, a suburb of Dar Es Salaam, the largest city in Tanzania. On a trip around the world, stripes were to be shown in the style of the players of the founding member of the German Bundesliga, MSV Duisburg, known as zebras in Germany.
With little means, but a lot of passion and enthusiasm, fans from Duisburg and their friends from Tanzania managed to found the NGO Planet of Hope and later the registered club Tanzebras FC.

Missing balanced nutrition, plastic balls instead of leather balls, no or unsuitable shoes are compensated by donations. A specially acquired area of arable land for the cultivation of a parma culture with organic vegetables is to be equipped with a well and an irrigation system. The aim is to buy, plant, harvest and finally market the locally adapted seedlings.

Through targeted and thus sustainable training in the areas of permaculture, distribution and languages, the children and young people are to be given the opportunity to find their way into a better future. First seminars could already be booked.

The club’s youth team has just been admitted to the fourth league for the first time by the Tanzanian Football Federation. Our girls team would like to do the same. Solidarity, equal treatment, openness and respect for each other are the values that the children experience and learn.

“If we could provide each individual with the right amount of food and exercise, we would have found the surest route to health.” (Hippocrates)

And so we hope to be able to tackle this ambitious and promising project together with you. Through donations in kind in the fields of sports, agriculture or transport, as well as financial or logistical support, you can make a valuable contribution to the social commitment of your company. In agreement, we offer you advertising opportunities on our online platforms, our football jerseys and participation in our sporting events.

The children of Gongo La Mboto are looking forward to meeting you!

If you want to donate for our project: 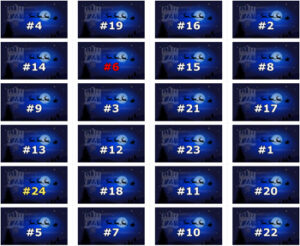 A "little paradise" for the TanZebras! Would you like to help with the construction? Then donate…