The TanZebras Advent Calendar for you

For a long time last year, we were not able to report much about the sporting development of the TanZebras, as Corona also delayed the start of the league in Tanzania. However, our TanZebras (juniors, queens and seniors) have kept fit in the context of small tournaments, so-called bonanzas. In particular, the focus last year was also on further training in the tactical area, with our friend Martin Hammel (UEFA-A qualified coach) from Leipzig, who was able to teach the players and coaches many approaches.

Unfortunately, the season is over again! In the end, our men’s team was only one goal short of making it into the 2nd division. Many tears were shed after the last game, many words of encouragement reached our team, which can go out of this season with pride! Our boys, strengthened by two new players, will certainly attack the top again next season in order to make the jump to the 2nd league. For the new season, we will also continue to introduce players from the youth teams to our successful men’s team. The motivation, technique and tactics are getting better and better. It is incredibly nice to follow this development and we are excited to see what happens next!

We now continue with our advent calendar, a little look back at last year and everything that happened off the pitch. The main focus of the TanZebras is of course football, but the TanZebras family is more than just that. The TanZebras have a holistic approach that, in addition to cohesion, culture, education and training and ecological thinking, also offers children and young people from difficult backgrounds a chance off the pitch. In the meantime, a street football team with 12 children has developed into a football club that has become a hemat for more than 100 children and young people and wears the colours of MSV Duisburg in Tanzania.

This year, thanks to your support, we have been able to achieve a lot in the field of sustainable agriculture.

With a lot of ups and downs. For example, the entire plot was first prepared, uprooted and a 110-metre deep well was completed in February. A female player and a male player of the TanZebras participated in a permaculture training over 2 weeks in Zanzibar. Seedlings and plants were bought and planted, small plants were grown and sown.

But now to the issues that didn’t go so smoothly, as it sometimes does: a fire or flying sparks caused a fire on the neighbouring property or on the Shamba itself and damaged many of the already large plants (mainly pineapples). This was a bitter setback for all of us.

Nevertheless, we were able to save about 60% of the pineapple perennials, but are still dependent on support for the purchase of more seedlings, perennials and trees. We have put together a picture gallery with many photos from this year. The photos are not chronological, but wildly mixed, just like the team in the background of the TanZebras, which is committed to the TanZebras on a voluntary basis. However, the photos certainly give a good impression of what is being done with the donations on site and we think you can also see the rapid progress. We would be happy if you would support our advent calendar with a donation again this year. We were able to convince great partners of the TanZebras and there are really great little doors!

Would you like to help us? Then you can take a look at our Christmas calendar. There are 24 great gifts hidden there that you can win.

Here you can participate in the Advent calendar with your donation:

You can donate directly via PayPal or credit card using this link. If you prefer to donate the traditional way, by bank transfer, please send your donation to:

Via the links on the graphics shown below, you can participate in the Christmas campaign with pineapples, bananas, mangos, a fruit basket or a freely selectable amount! These graphics are only symbolic. We will decide which plants we will buy for the Shamba (= farmland) according to our needs.

Besides pineapples, bananas and mangoes, more perennials, plants and trees will be planted on the shamba to get a good mix of fruit rotation. Cashew nut trees, papaya, melons, oranges and small plants like tomatoes (in the central area next to the house) are planned. We need your support for this!

Here you can find some impressions of what has been realised on the Shamba (= farmland) in the last year. The pictures are not in chronological order and we have collected them from thousands of mails and chat messages to give you an overview. However, we think that the pictures give a good impression of what has been achieved by the TanZebras off the pitch, thanks to your support. 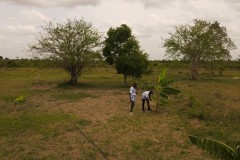 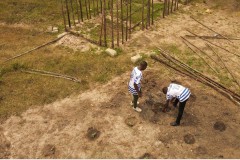 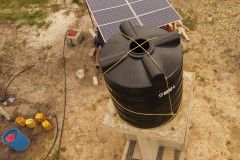 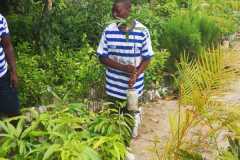 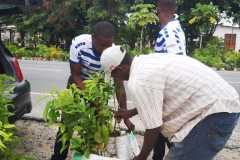 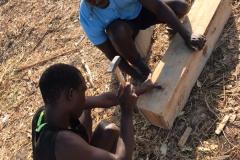 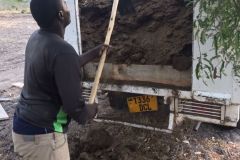 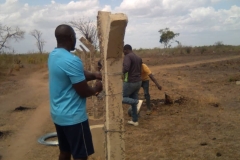 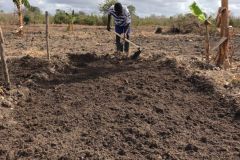 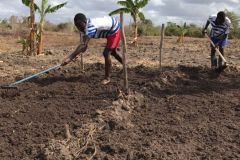 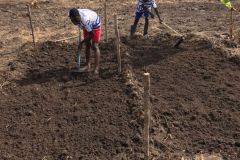 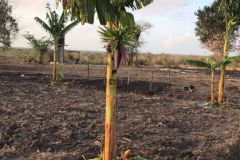 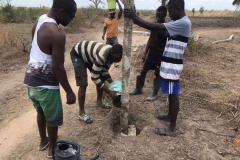 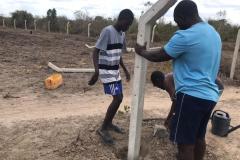 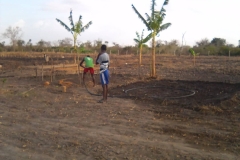 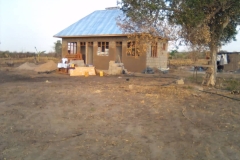 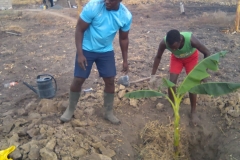 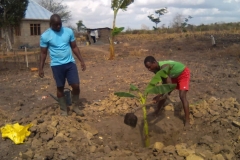 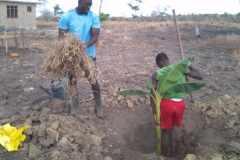 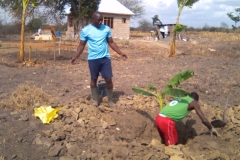 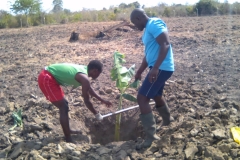 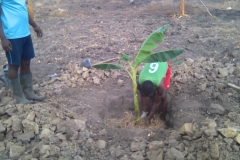 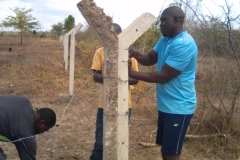 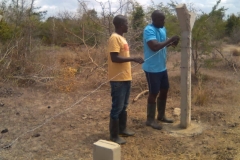