April 2020: Corona literally keeps the world in suspense. Europe is in a state of emergency with a curfew. Football is cancelled. When it rolls again, the fans are not allowed in the stadium. Perplexity.

Further south, in Gongo La Mboto, a suburb of the Tanzanian metropolis Dar Es Salaam, Don has the idea of registering the street soccer team ‘TanZebras FC’ with the national soccer association TFF. A zest for action.

This news causes a slight panic among the responsible people in Duisburg, 7000 kilometers away. The project, which was originally conceived as a joke, was now actually supposed to take part in a regular game. The players have no health insurance for injuries, let alone contracts that would tie them to the club. There is also no financial fund to pay for the license or the games. Although a media platform had been established via Facebook, this would never be enough to play a full season.

Once again, the MSVPortal turned out to be a reliable virtual partner for all zebras. Within a very short period of time, energetic fans came together, who created this homepage out of the ground, collected money for health insurance for a total of 60 children and even for 3 complete seasons. Legal support was also provided so that player contracts could be drawn up on the basis of FIFA and TFF regulations.

Now, almost 6 months later, the time had finally come. Representatives of an insurance company went to the headquarters of the TanZebras (actually Don’s rearranged living room, changing room, material storage and meeting room) and handed over the personalized membership cards for the children. Although the money had been transferred long ago, the clocks in Tanzania turn differently – if at all. The player contracts were signed or optionally validated with fingerprints. 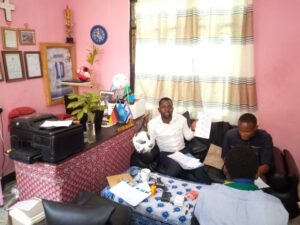 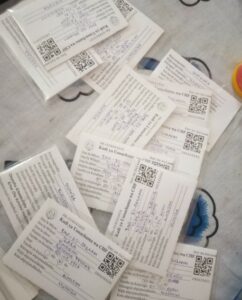 Home office in a diffrent way. 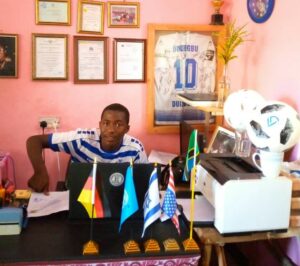 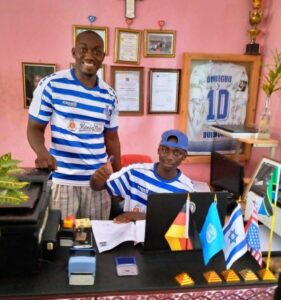 The new jerseys also got the matching lettering. With this outfit it goes from now on on point hunt. 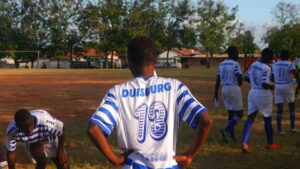 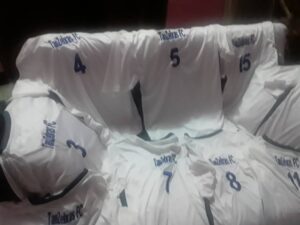 You can also pray to the soccer god before! 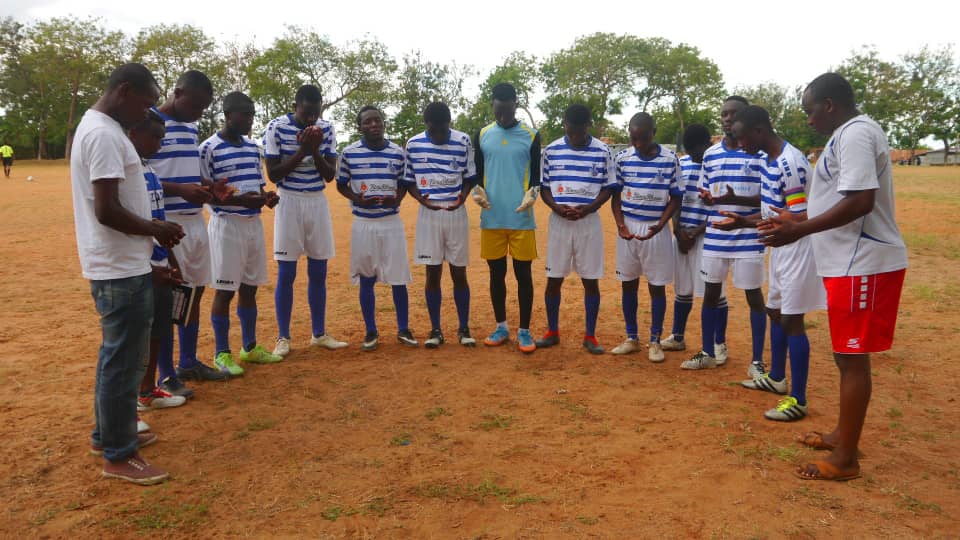