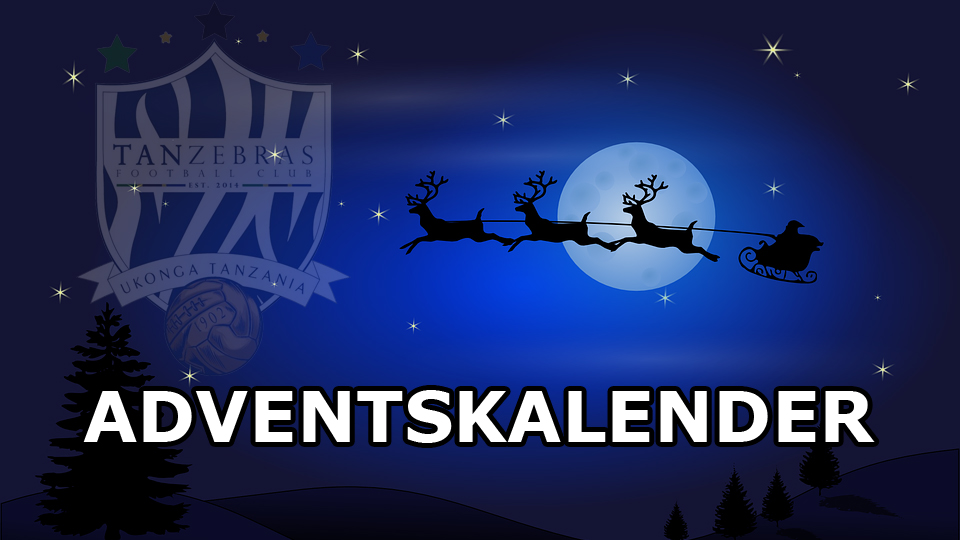 Would you like to help with the setup? Then take part in TanZebras Advent Calendar!

In East Africa there are currently great concerns everywhere: job losses, in some cases hunger and, unfortunately, much pain in the families affected by the pandemic.
Despite their recent successes in soccer, it is important that the TanZebras are not only active on the field, but that they are also active and diligent on their own fields. In this way they can achieve a better self-sufficiency in food. In the end this would be a greater victory that counts more than the one on the soccer field!

A door will be opened every day from December 1 and the winner of the prize will be announced. As a donor, you will be entered into the draw for the 24 prizes. For every 5 € a donation number will be placed in the “lottery pot”. For example, if you donate 20 €, your chance of winning is quadrupled, because four of your donation numbers are in the lottery pot!

So far there have been 0€ donations for the Advent calendar! Thanks a lot!