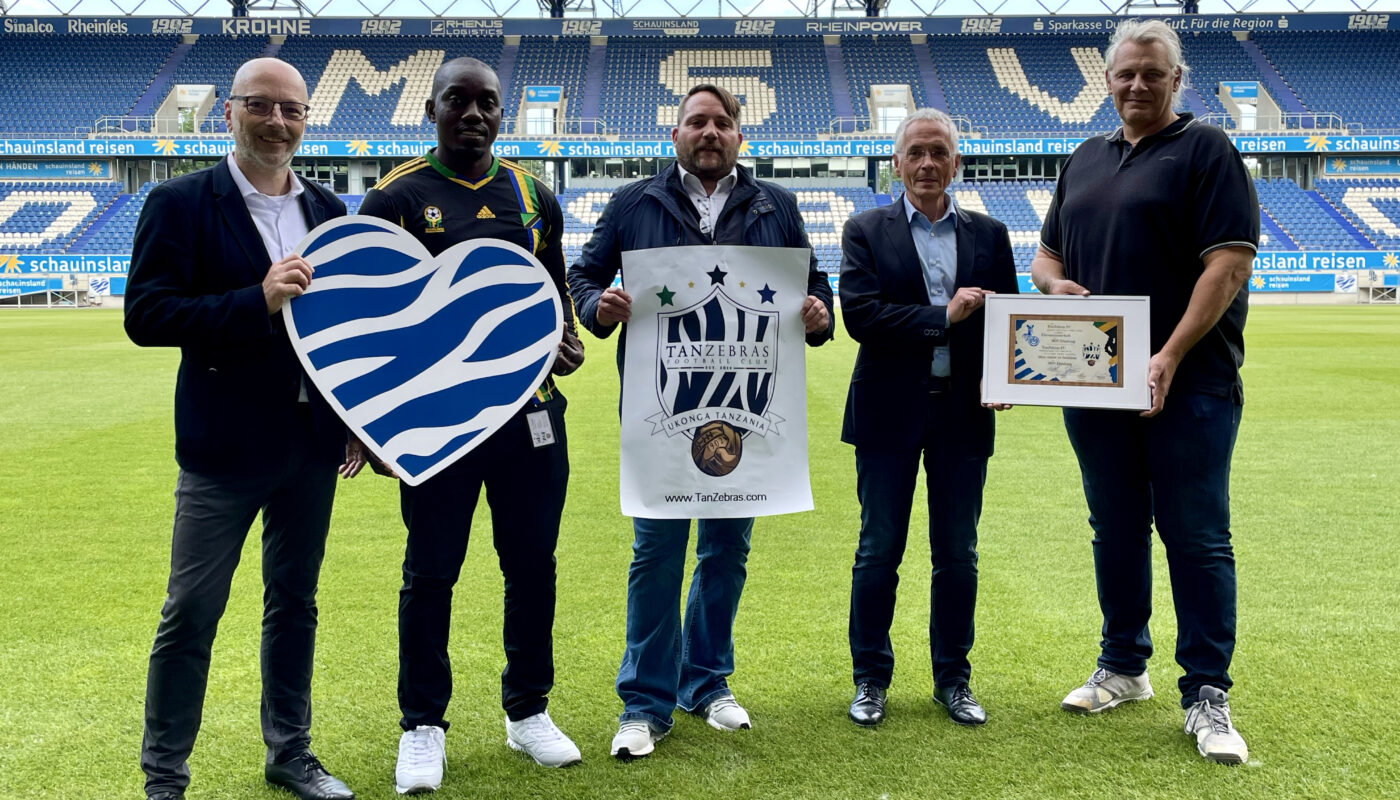 TanZebras FC is the official honorary team of MSV Duisburg. The Tanzanian football club and the traditional club from Meiderich are moving even closer together and expanding the Zebra family across countries. The certificate was ceremoniously presented to Don Mwakilambo, co-founder and manager of the TanZebras, by MSV President Ingo Wald and Supervisory Board Chairman Markus Räuber at the Wedau Stadium.

On 30 July, another milestone was reached in the success story of TanZebras FC. The football club in Gongo La Mboto, which was co-founded by MSV fan Jörg Ahlbach, is now an official honorary team of the Meiderich Spielverein. “What can come out of a meeting between a globetrotting MSV Duisburg supporter and a football-loving Tanzanian is really great,” emphasises Markus Räuber, Chairman of the Supervisory Board of MSV Duisburg.

The TZFC club was only founded in 2014, but the successes so far are quite impressive. After competing in the country’s 4th league, they were promptly promoted to the 3rd league, where the TanZebras are now entering their second year. The start of the league is just a few weeks away, the team is in the middle of its preparation and the results so far have been consistently positive.

The development of the TanZebras has not gone unnoticed by the local media either. Shaffi Dauda, one of the best-known sports journalists in Tanzania, regularly reports on the TanZebras, as do the major newspapers in Germany. Enquiries from near and far trickle in almost daily and the supporter network is growing steadily. From Hamburg to Bavaria, from Brussels to Berlin – the TanZebras are on everyone’s lips.

But it goes far beyond the sporting side: “With the TanZebras, not only was a football club founded in 2014, but also a home for social projects was created, which have since been supported and accompanied by many MSV fans. Therefore, it makes us incredibly proud that we can now extend the friendship between MSV fans and the TanZebras, which has lasted for years, to include an official friendship between the clubs,” says Räuber. Most recently, the TanZebras ran for the “Running for MSV” campaign and covered a sensational 600 kilometres in one day.

Don spent ten days in Duisburg for the presentation of the certificate and was able to meet many supporters personally during this time. The bond between Duisburg and Dar Es Salaam has thus been strengthened once again. This was also the setting for the ceremonial presentation of the certificate in the Weda Stadium. Ingo Wald and Markus Räuber gave Don a warm reception that brought a tear or two. Thomas Schöneberg, Head of Marketing at MSV, spoke touching words, which were met with prolonged applause from those present. This was followed by a very personal tour of the Zebras’ living room and the realisation that “football is more than a game. Football connects and knows no borders,” Räuber emphasised. “And who knows, maybe one day a TanZebras talent will even end up in our professional squad. In any case, the TanZebras’ success story continues.” 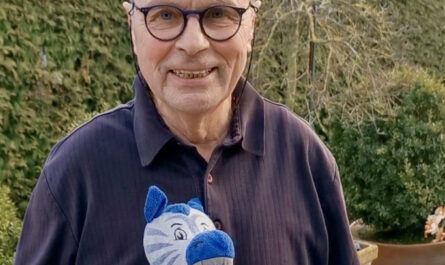 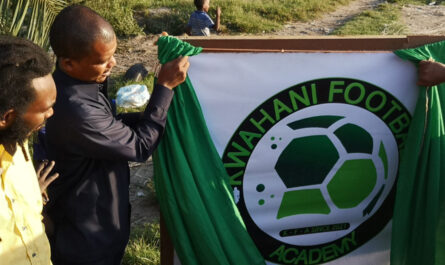 A guest in Zanzibar 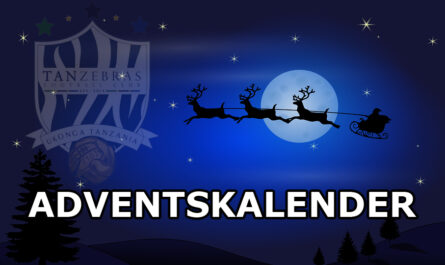 Our Advent calendar for you